Get Some Good Sleep Tonight, Tomorrow We Will Need Your Help

Either physical or mental, negative consequences of sleep deprivation and loss are obvious. You may feel grumpy or fatigued throughout the day after a tough night of lacking quality sleep. Alongside these and many similar better known consequences of sleep loss, Simon et al. (2022) recently discovered that how well we sleep affects our motivation and actions to help others. Across 3 studies, they showed that a bad sleep schedule decreases the tendency to help others. This effect holds true within an individual, longitudinally per person and, across a whole nation! Authors also showed differences in brain activity within a dedicated network (Social Cognition Network), for our ability to understand and interact with others, depending on how well we’ve slept. Suggesting a potential neural mechanism for observed results. In study 1, subjects were given a number of scenarios and asked to indicate how likely they would be to help others in those scenarios. Importantly, they answer these questions under one of 2 different conditions: 1) After they had had a normal night of sleep or 2) after having been sleep-deprived for a night. Sleep deprivation was implemented experimentally such that subjects were monitored during their night at the lab and kept awake, making sure of sleep deprivation.

After a sleepless night, people were less likely to respond to scenarios by offering help (Figure 1, left panel). Next, subjects did another experiment during their brain scans were taken, in which they were shown human profiles, and they had to guess what the personality of that person is likely to be. For instance, they were to rate how warmth the presented profile, which is a 26 years-old male nurse. Strikingly, brain activity in a network of areas was reduced when subjects were sleep-deprived compared to their sleep rested scans (Figure 1, middle panel). Previous studies had shown that this brain network is associated with social cognition. In addition, this reduction also predicted decreased helping tendency (Figure 1, right panel).

Study 2 showed that natural fluctuations in day-to-day sleep can affect people’s willingness to help others. Subjects reported their sleep quality for 4 days and answered helping requests each day. Changes in sleep quality from one night to another were followed by changes in helping behavior (Figure 2). 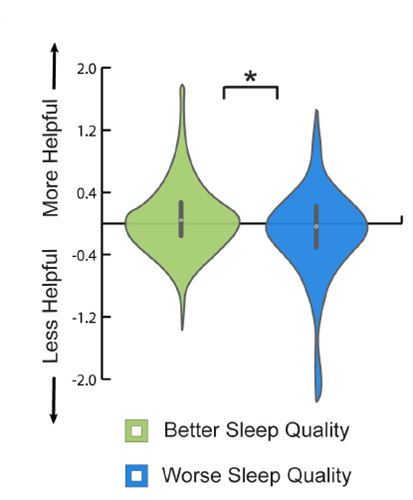 Finally, researchers examined their hypothesis at a national level. They asked if a 1-hour loss of sleep opportunity would affect the actual act of helping on the following day. Such an opportunity is available every year, on the day when the entire country (i.e., United States) switches to Daylight Saving Time. On this day, everybody wakes up having had one less hour of sleep. The researchers showed that in the US, charity donations take a hit on the day of the switch to Daylight-Saving Time (DST) compared to the weeks before and those after the DST (Figure 3). 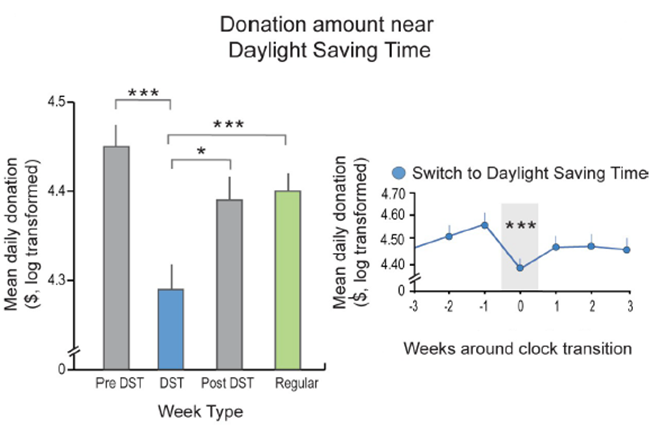 Authors suggest that the relationship between sleep loss and helping could be due to the increased activity of our sympathetic nervous system, known for producing the famous fight-or-flight response. We know that increased levels of cortisol (“stress-hormone”) are associated with decreased prosocial behaviors. In the case of sleep loss, acute stress related to less sleep may trigger a similar response. 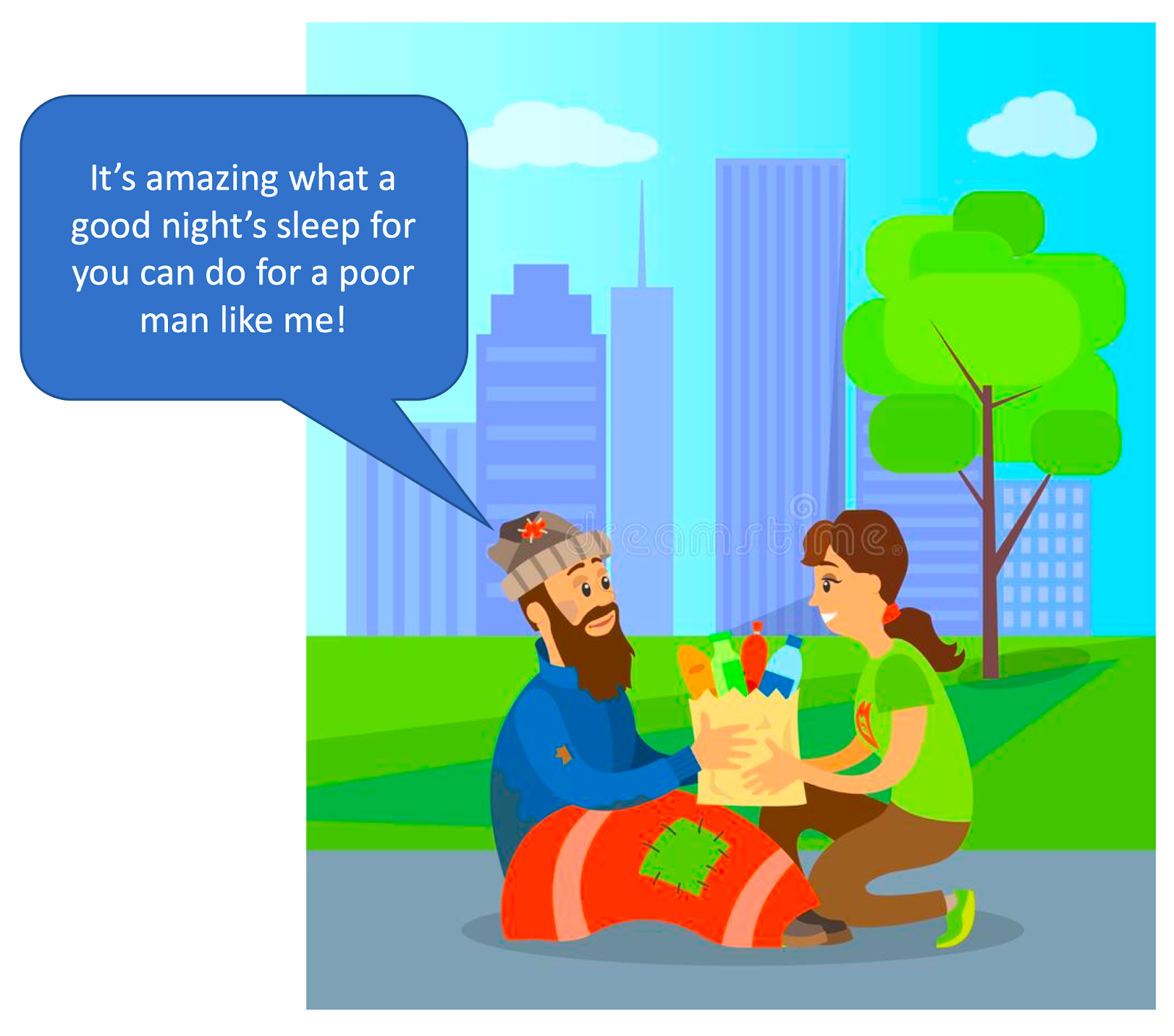 As shown across 3 studies, it is striking that the association of sleep and helping holds true within a person, longitudinal for a subject and for a whole country. Thus, we should better keep in mind that before asking for a favor, whether our friends had a good night’s sleep!