Why is it so attractive to be politically radical?

or, Interpersonal liking after discussing politics

Imagine that you’ve been invited to your partner´s or best friend´s family dinner. You bought a nice wine and you put on your best clothes. Everything was going great until, of course, they started discussing politics. Lucky for you, you have read a lot of Psychology literature and you know that it’s true that birds of a feather flock together. People are more attracted to others who are similar to themselves in important aspects. You have decided to express your opinion only when it is in agreement with the others. It seems like a great strategy. Previous research has shown that people not only prefer interacting with similar others but also believe that politically like-minded individuals are better at solving cognitive tasks, even if those tasks have nothing to do with politics. Simply by sharing the same political opinions with the family members you will come across as both knowledgeable and likeable.

As the night progressed, you noticed that only some of the attendees were politically coherent across a wide range of issues, expressing either all liberal or all conservative views. The others’ political ideology was not that clear for you. Also, discussions moved to more controversial topics and the guests exhibited more ambiguous and ambivalent opinions. What would have been a good move  in this scenario? 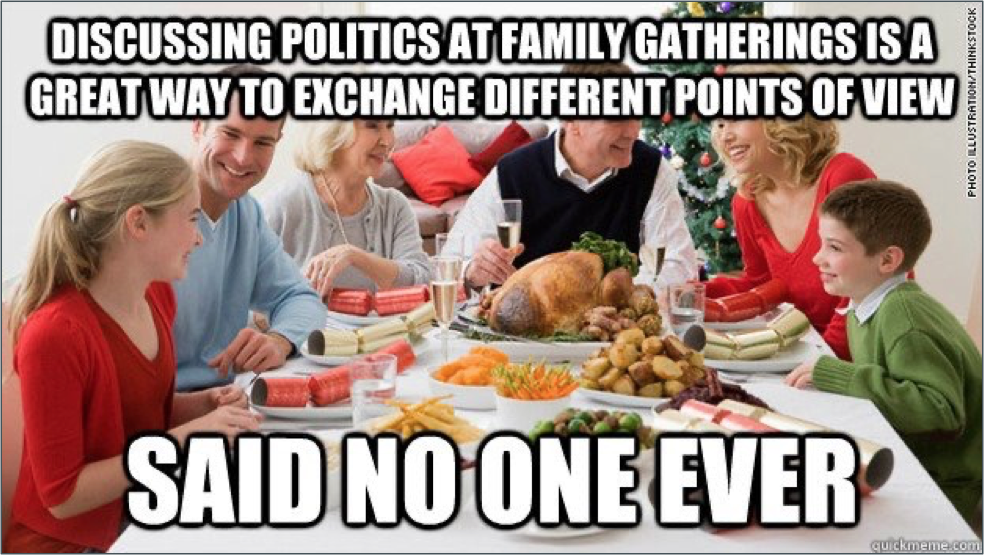 With similar questions in mind, we conducted three studies in two different countries. We hypothesized that, beyond the effect of similarity, interpersonal attraction depends on two other variables: coherence and certainty.

We consider that someone is politically coherent if that person holds consistent views across diverse issues. For example, an individual who supports same-sex marriage and is pro-choice on abortion is coherent. We can summarise her position by telling others that she is liberal. On the other hand, another person who is a pro-life and supports same-sex marriage holds one conservative and one liberal view. It is not easy to summarise such incoherent standpoint with any shorter description. Certainty is easier to define: it refers to whether a person sits on the fence on an issue or is clear-minded and confident about their position.

At two different TEDx events (Argentina and Portugal) we performed two large-scale experiments with live crowds. First, everyone in the stadium was asked whether they agreed or disagreed with five carefully chosen political statements. We have previously performed one online survey per country and selected the statements with greater disagreement within the 230 respondents from an initial list of 16 phrases for each country. In this manner, we ensured to observe a wide diversity of opinions in the crowds.

Then, participants were asked to discuss the five statements with the person in front or behind them (to make sure they did not know each other beforehand). Finally, they rated their discussion partner in terms of whether they seemed nice, charming, intelligent and honest.

We found and replicated that interpersonal liking increased as a function of ingroup coherence and certainty. Remarkably, liking was nonreciprocal: people with ambivalent and uncertain political views were more attracted to coherent and confident ingroups than vice versa.

So, would it be better to express assertive and coherent opinions at the family dinner? Well, the results presented so far rely on observational data, and they might be driven by another variable not measured. This is why we ran a third study where we experimentally manipulated the target’s coherence and certainty while measuring interpersonal attraction.

Finally, we experimentally manipulated the target’s coherence and certainty in an online experiment with an American sample. Targets’ opinions on controversial political issues were expressed by different putative tweets. Once again, we observed that the high-coherence ingroups and the high-certainty profiles were rated as more attractive than the low-coherence and low-certainty profiles. Moreover, this experimental study suggests the existence of a causal effect of the target’s coherence and certainty on interpersonal liking over and above the influence of similarity.

While interaction rules based on individuals rewarding similarity have been attributed as the main causes of the existence of echo chambers and segregation, these results suggest that such an assumption may oversimplify the complexity of political interactions. We found that people favor individuals who clearly share their same political orientation and that they penalize individuals not taking sides or expressing low confidence. Could these asymmetric effects be causing the current extremification of political opinions, polarization of beliefs, and the disappearance of moderate views?

Maybe, you could discuss these issues at the next family dinner.